Tera: A Lesson in How Not to Dress Women

Recently, my friends and I were looking for a new multiplayer game to play together. We found a free game on the PS4 called Tera and figured we’d give it a try until we decided on a new game to buy. We lasted all of two hours or so before the overall gameplay was so horrendous we all promptly deleted the game. But the biggest criticism started long before we made it to the actual game. I’m going to pop back to a topic I’ve mentioned before, and will probably cover again—Women’s Fashion.

In my last post about women’s fashion in fantasy and sci-fi art and games, I rallied for giving women decent support and not defaulting to boob armor. It’s a pet peeve of mine. But what Tera offered was so terrible that I actually texted my friend that I was tempted not to play on principle.

We did end up playing, and a great deal of the initial amusement that kept us going as long as we did was from joking about each new horrible outfit the women ended up with, especially since we had a group of men and women and so saw the perfectly acceptable and sometimes the utterly over-dressed men. (At one point I was convinced men in this world were stealing all the clothes so the women were left with nothing.)

Let me show you some examples. Be warned, these are not safe for work. 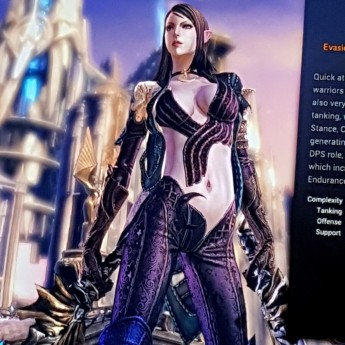 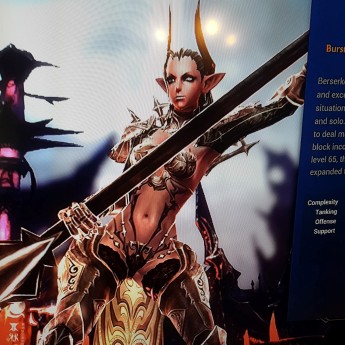 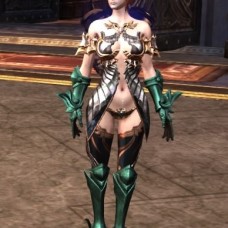 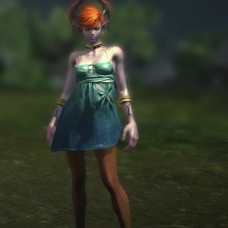 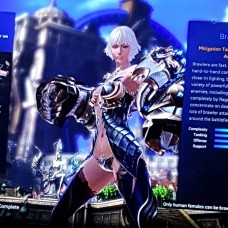 Most of these outfits looked like the women were wearing body paint and nothing else. This one listed her outfit as HEAVY ARMOR. That gets capslock rage, because beside her is what men’s heavy armor looked like—same race, same class. 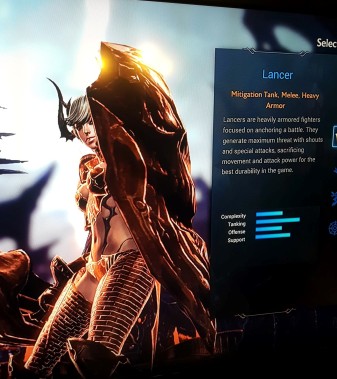 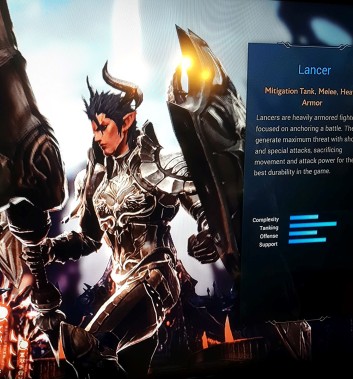 Now, I might even have wrote the whole game off as one massive joke if the men also suffered utterly horrible outfits, but alas the men seemed to understand that covering major organs was a smart thing to do. 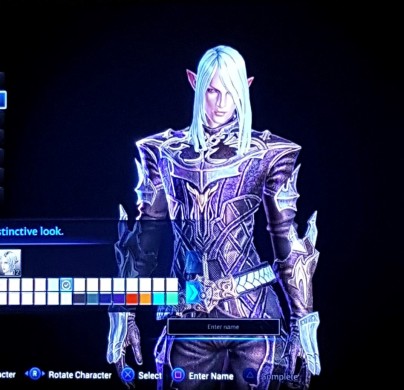 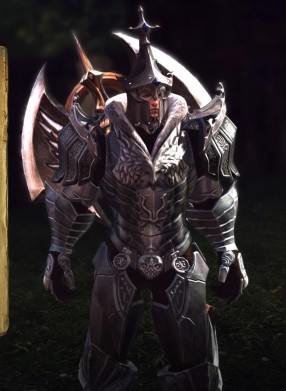 There were a couple okay but impractical outfits among the men but nothing worse than these. 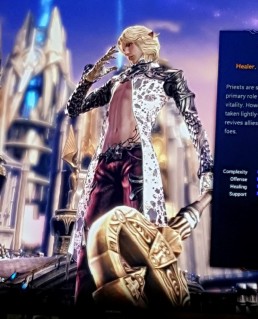 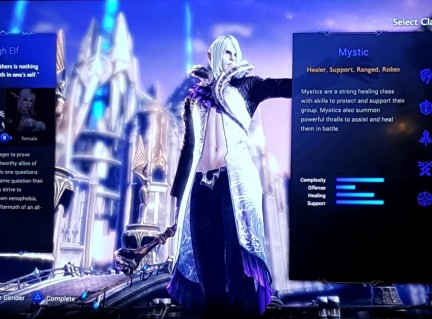 Now, let’s take a look at those two reasonable women’s outfits. The first is one my friend chose. Not bad all together. 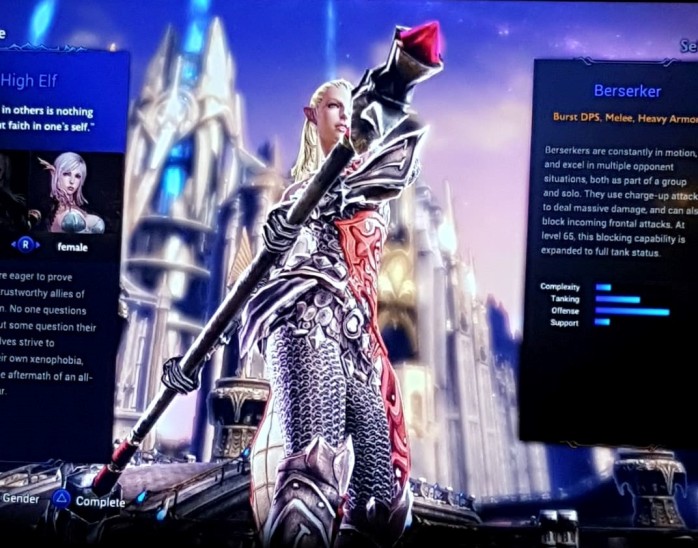 Then she got to the customization options where you find out the outfit you’ll actually be wearing is NOT the outfit you saw before. Her armor outfit is silly, but still covers her. Her casual outfit, which is how you start the game, not so much. 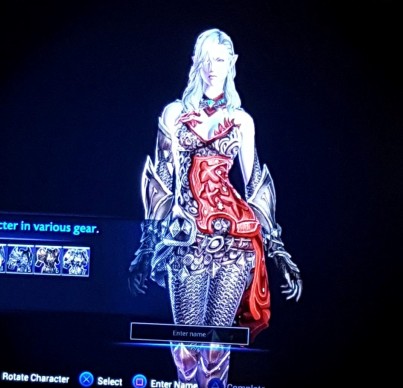 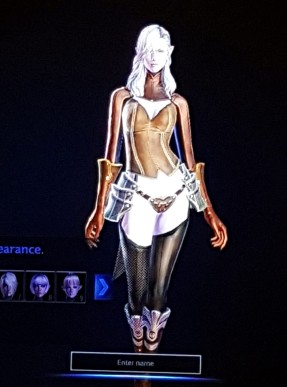 Those are not white pants.

Then there’s the one I chose. A little on the impractical side, but she’s fully covered and she uses magic, so I can let it slide a bit. 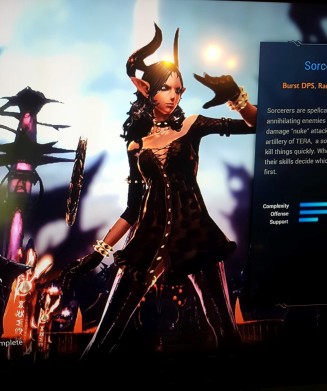 I get to her start of game outfit, still not bad.

I was not amused. She actually runs at a near 90 degree angle in order to show that much of her ass. There was NO REASON for her to run like that or for me to have to watch her panties the entire time I played the game. And while the outfits would have been cute otherwise, it’s plainly obvious that they only cared about properly dressing men. 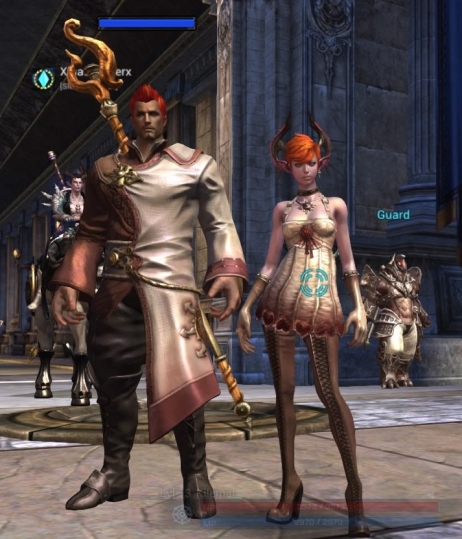 Or excessively dressing men. For all the women lacked in clothing, the men appeared to have an excess of armor and clothing to make up for it. Even the animals have more clothes. 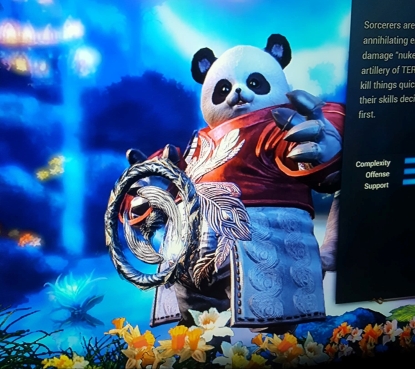 Now, I don’t write this JUST to rant about how awful this game’s costume design is, though that is part of it. It’s also completely unrealistic for any world building efforts. There is NO WAY any reasonable world would have clothes like this among warriors and to have completely gendered sexualization across races and occupations.

Warriors care about surviving their battles. That means covering vulnerable areas of the body, not just their breasts and genitals. They would also support their breasts with more than what looks like stylized tape. Beyond the fact most of the women in the game would die of exposure before they ever got to battle, imagine the skill required for smiths to craft such small and form-fitting armor for every woman.

They’ve sacrificed any attempt at world building and creating different, unique styles and designs for each race in order to have a universe of scantily clad women showing their underwear when they run. Tera is a case study every game developer should have to play in order to learn how not to design clothing, not just for women, but across the entire world.

And, because I literally screamed when I saw this, we’re going to talk about one more thing you should never do. 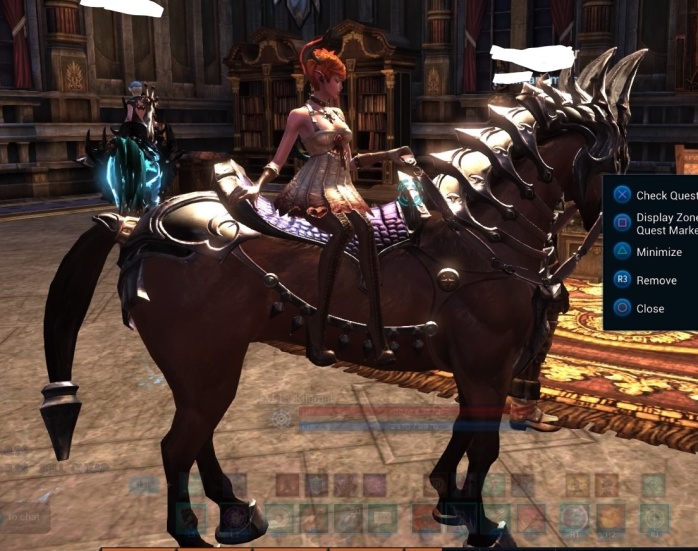 Never have women ride side saddle. It existed only in a short time period in specific cultures. It is not the way the majority of women in the world and throughout history ride a horse.

The only exception to this would be if you created a period piece set in that time and culture when side saddle occurred, you created a similarly repressive culture, or for some obscure reason your culture has ALL people riding side saddle. Though, my friend who owns, trains, and rides horses tells me side saddle is the worst way to ride, so a culture choosing it for all their people seems unlikely.

I hope my little rant has amused you, and hopefully you already knew why Tera’s costume designs are terrible and got a good laugh. Let it be a lesson and move on to far better games.

What was the game or comic with the worst or most ridiculous costume designs (men or women) you’ve ever seen?

Category: CritiqueTags: Fashion, Tera, Video Games, What not to do, Women, World Building

← Aphantasia: How Do You See Your World?
SFWA Membership! →

7 Comments on “Tera: A Lesson in How Not to Dress Women”